In this tutorial you learn how to send data from an Arduino to a Raspberry Pi.

For the communication we use an USB cable. It could be the USB cable that you use to connect the Arduino to your PC or Laptop.

But in this tutorial you connect the Raspberry Pi instead of the PC or Laptop. 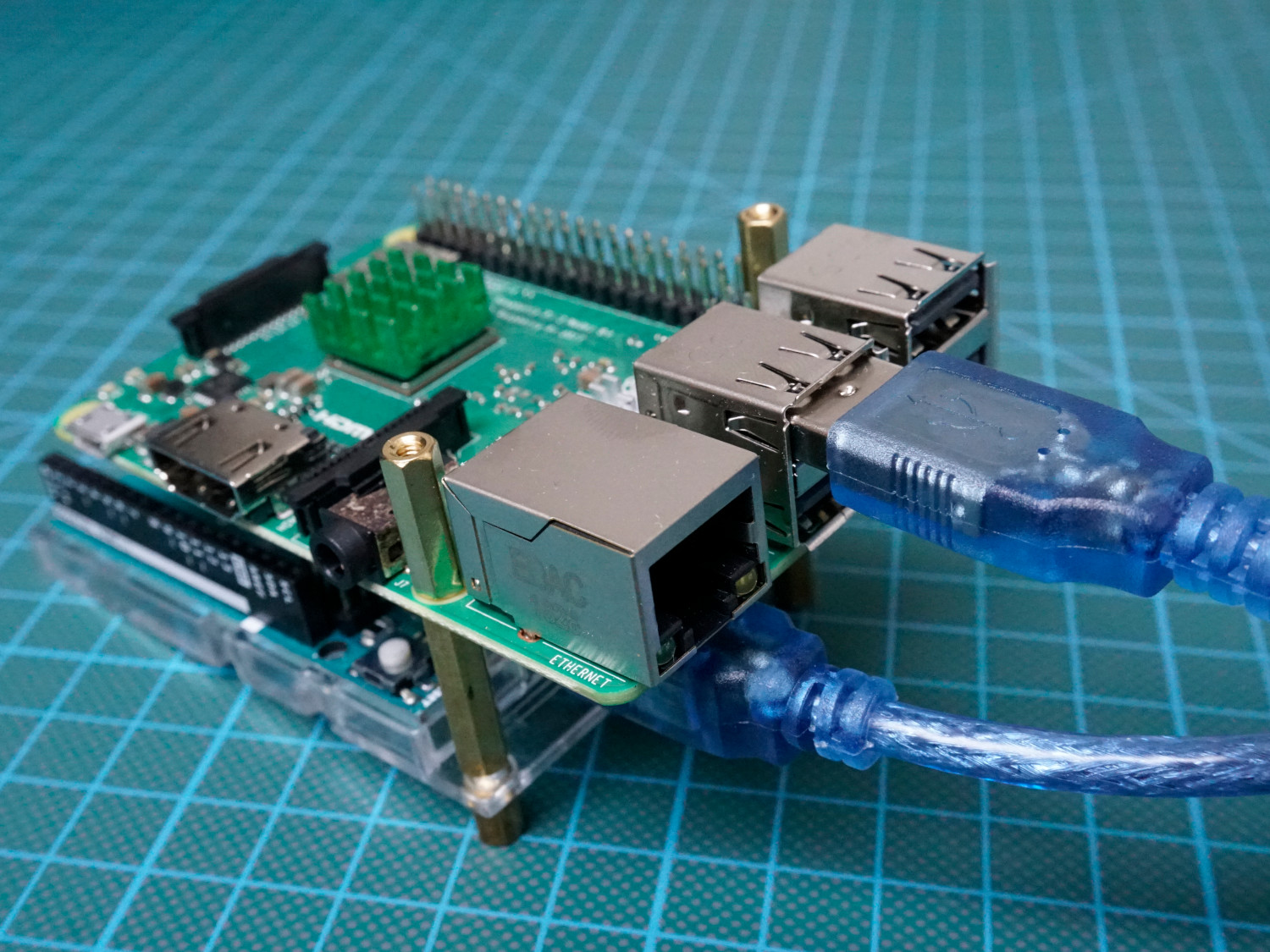 The wired connection is great to get a first impression how two different systems like the Arduino as micro-controller and the Raspberry Pi as single board computer (SBC) are able to work together. If you are also interested in the differences between the Arduino and Raspberry Pi, than take a look at this article where you find a great overview.

Nevertheless the wired connection is not at work in my daily IoT live, because I use the Arduino or ESP8266 based micro-controllers as satellites in my home where in the center is the Raspberry Pi in a server rack. Because I do not have USB cables in my walls of course I use a WiFi connection. If you also prefer a wireless connection than you find here the tutorial.

In general we have to differ between two use cases.

The following table gives you an overview of all components and parts that I used for this tutorial. If you want to support my work, you can buy something from the following links and I will earn a small commission. This does not affect the price you pay for the products. 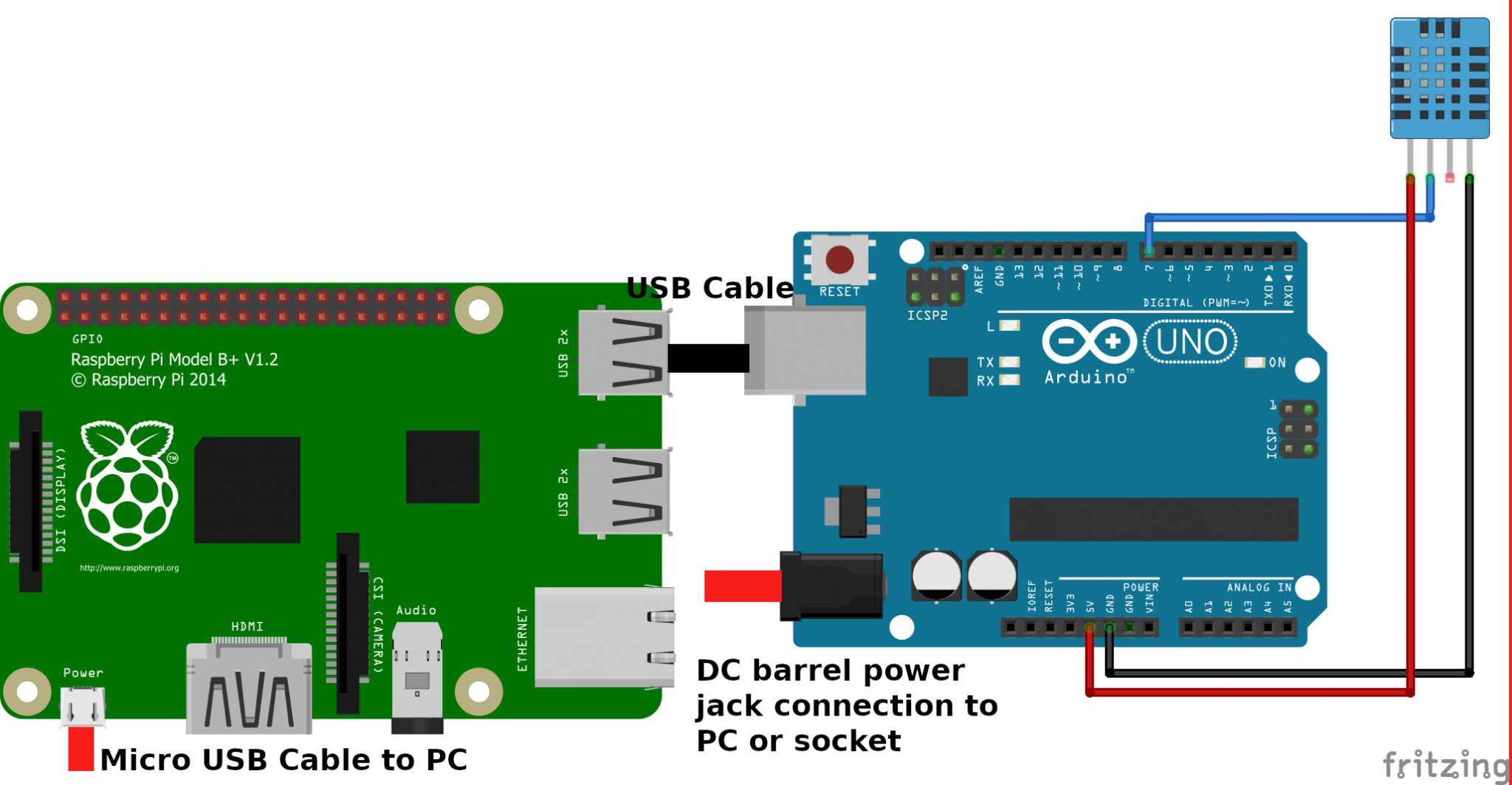 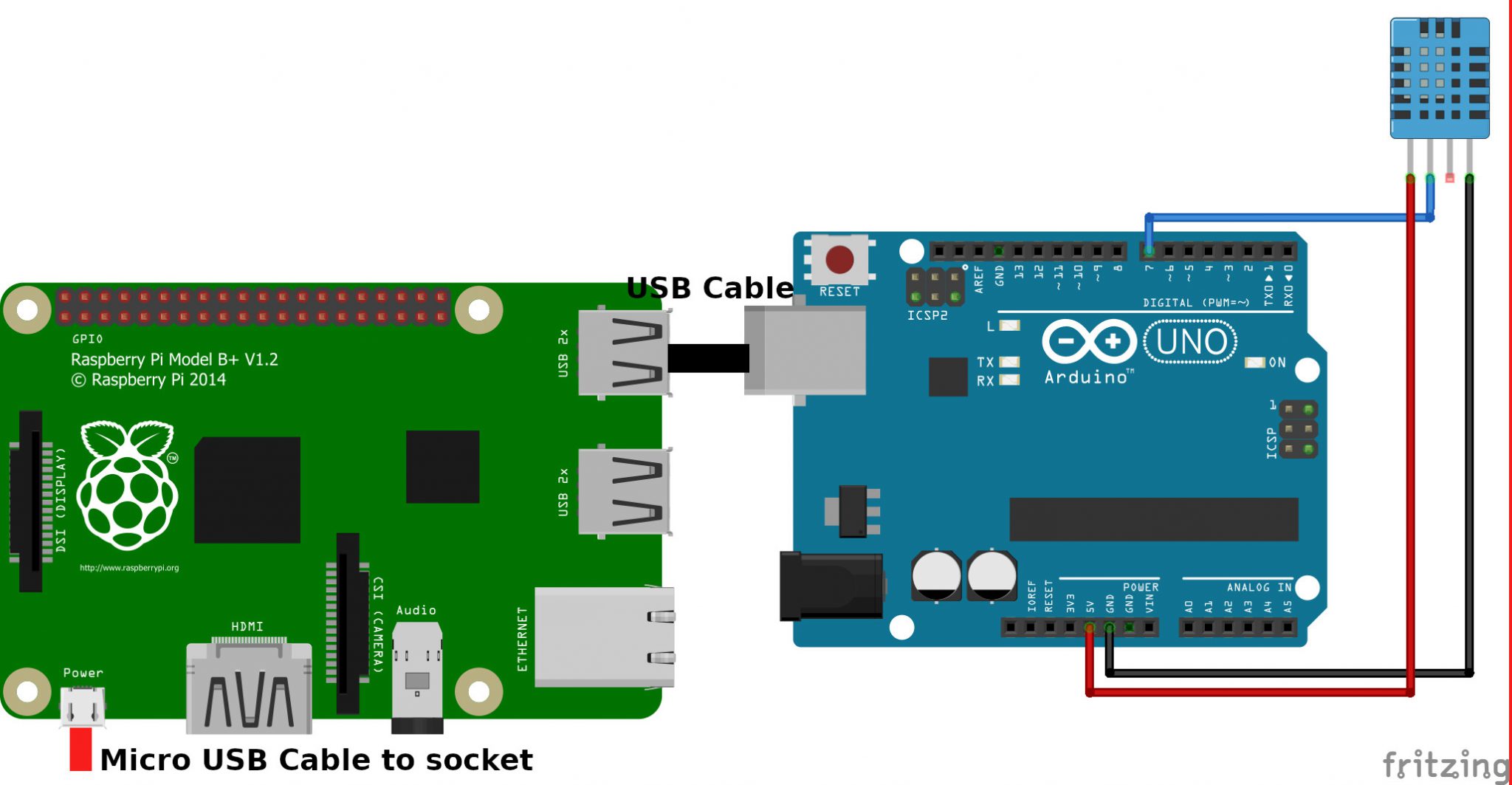 We want to start with the Arduino setup. First we have to connect the DHT11 sensor to digital Pin 7 of the Arduino Uno as well as power and ground.
The script is pretty easy. If you want to know more about temperature sensors, I wrote a whole article which gives you detail information about the different sensors. 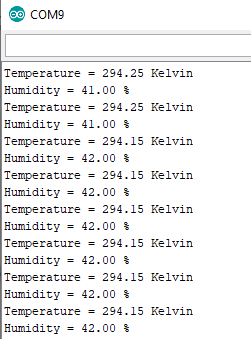 In the next part we setup the Raspberry Pi to receive the temperature and humanity from the Arduino.

My Raspberry Pi is in a standard setup with the OS Raspbian Buster. If you want know how to setup the Pi very quickly and without any monitor, mouse or keyboard, than check out my step by step tutorial for the Raspberry Pi headless setup.

Now everything is prepared and we can get into the programming part of the Raspberry Pi. Because we want to create the code with python and also want to display the code with the help of a python script we have to install two libraries. Execute the two following commands in the terminal: 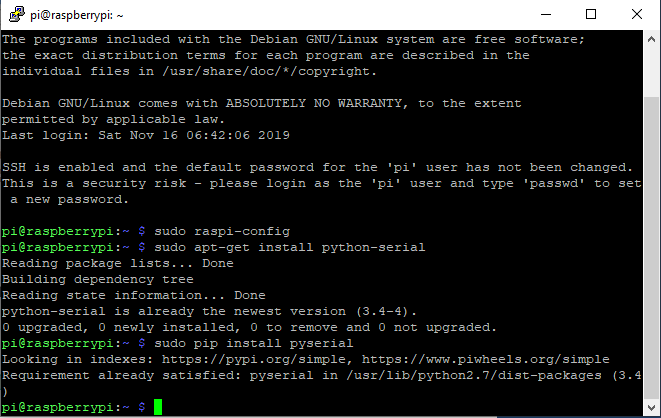 In my case python-serial and pyserial was already installed. Because I do not know how your Raspberry is setup please do not skip this step and make sure that your script will run.

The serial address is stored in the following folder /dev. USB Serial port adapter are named as ttyUSB0, ttyUSB1 and so on or ttyACM0, ttyACM1 and so on. Therefore we have to look out for such a serial connection.
Enter the folder by typing ls /dev/tty* in the terminal.

Now we want to create the program code. Because the code is very short we create the python file directly on the Raspberry Pi. Create the file with nano arduino_communication.py. 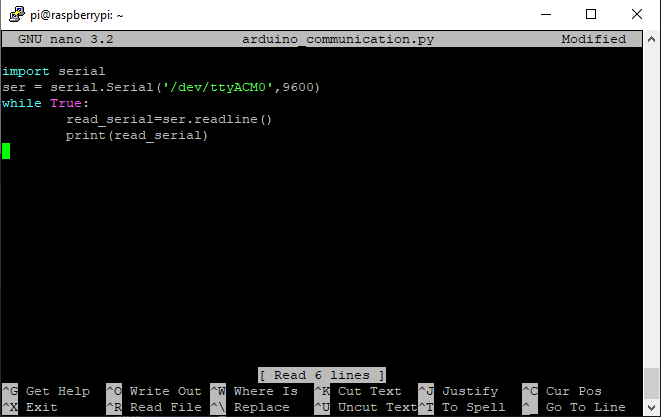 Click Ctrl + X, then Y to confirm to save and hit the enter button to save to the existing file.
Start the python script from the terminal with python arduino_communication.py. Now you should see the temperature and humidity from the DHT11 transferred via the Arduino and serial USB communication. 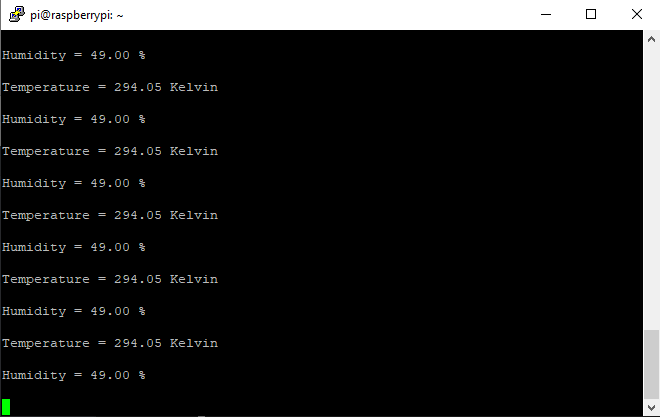 You can terminate the script by clicking Ctrl + C.

If you have any problems for the serial connection or questions regarding this tutorial, feel free to use the comment section below to ask your questions.