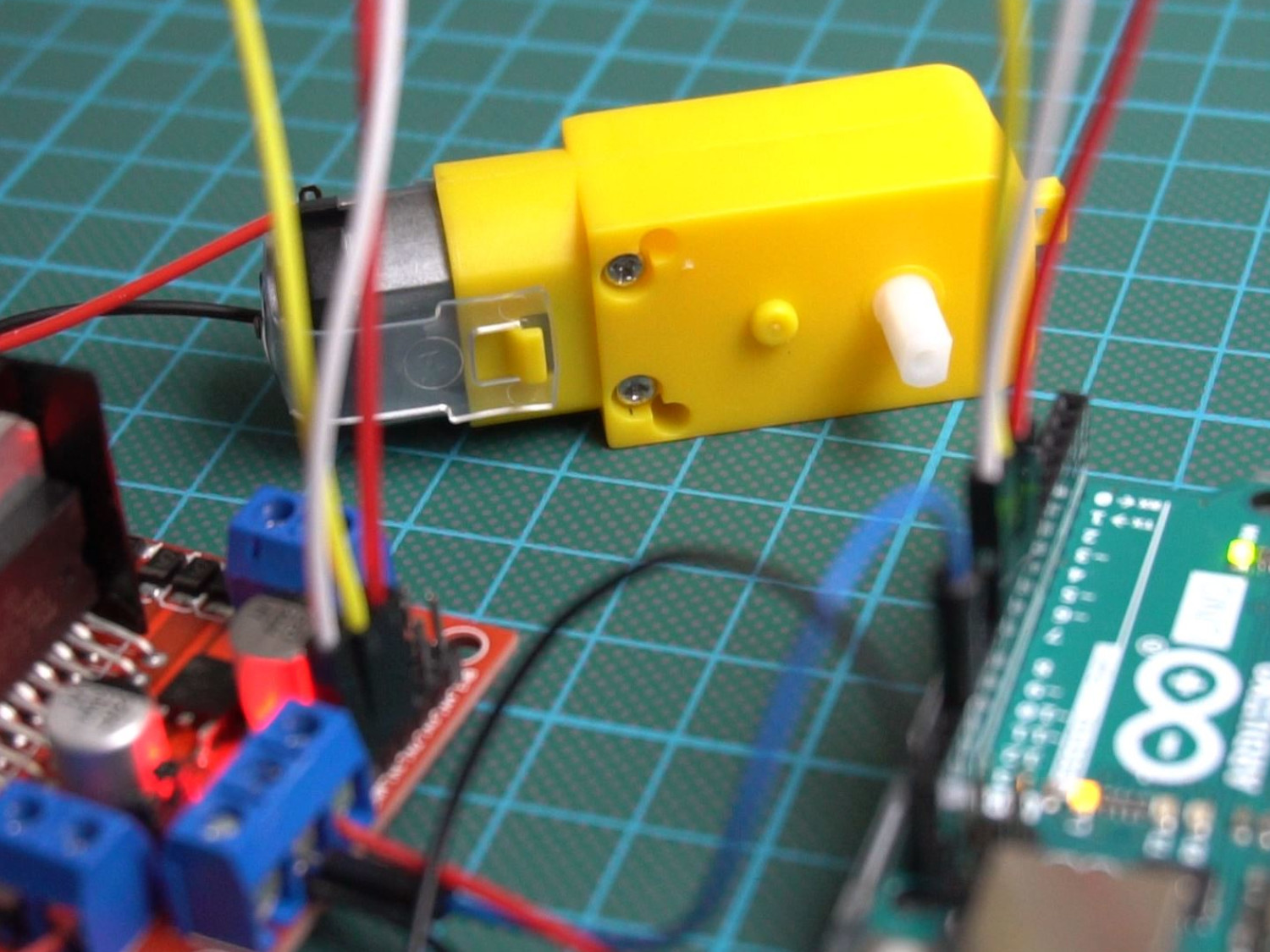 In this tutorial you learn what Pulse Width Modulation (PWM) is and how to create different PWM signals from your Arduino, ESP8266 or ESP32 microcontroller.

In two detailed example you change the brightness of an LED and control the speed of a DC motor by using the PWM signal from the microcontroller.

How does PWM for Microcontroller Work?

The digital inputs / outputs on your microcontroller have a constant voltage of 3.3V (for ESP8266 and ESP32 boards) or 5V (for Arduino boards). But in some cases you want to control the voltage to a specific value between 0V and the maximum voltage.

To generate a PWM signal you use the function analogWrite(pin, value). This function create a square wave PWM signal. You can control the shape of the PWM signal with the duty cycle of (value/255). A 0% to 100% duty cycle corresponds to a value between 0 and 255.

The following table shows broadly the relation between the duty cycle and the average output voltage if the maximum voltage is 5V for Arduino microcontroller and 3.3V for ESP8266 and ESP32 microcontroller.

The code for the quick measurement is the following. For each measurement I changed the value for the analogWrite function. 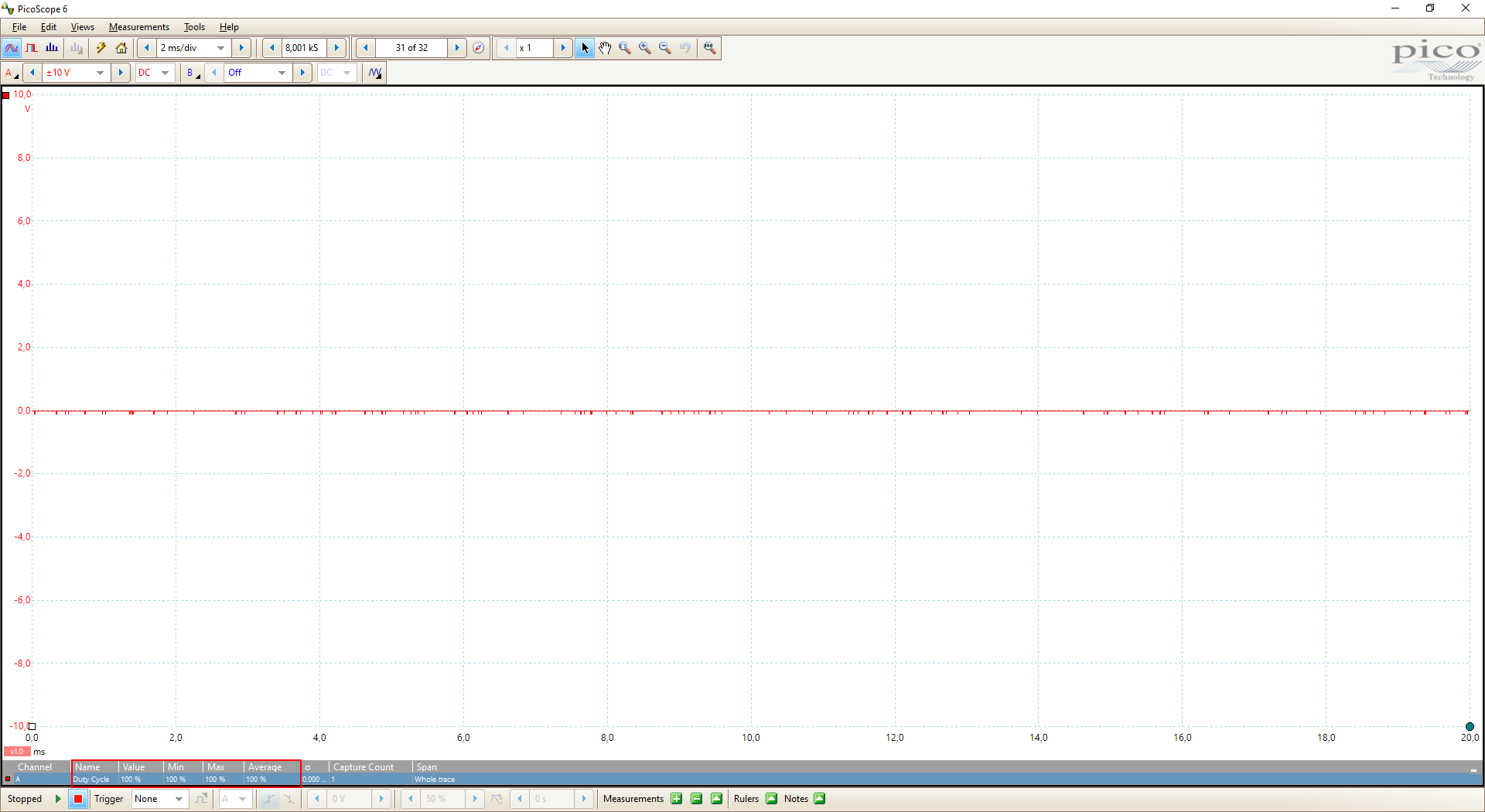 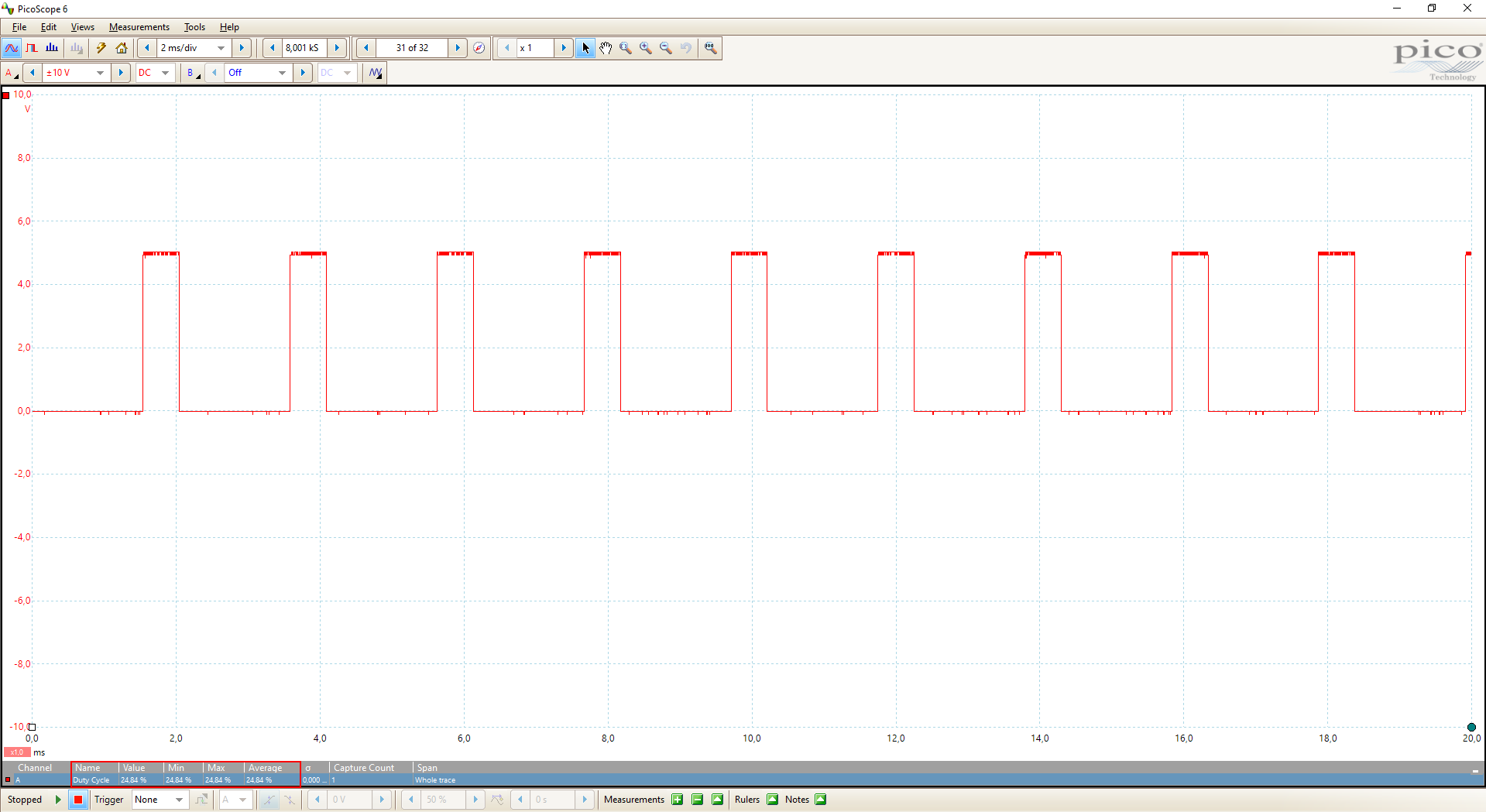 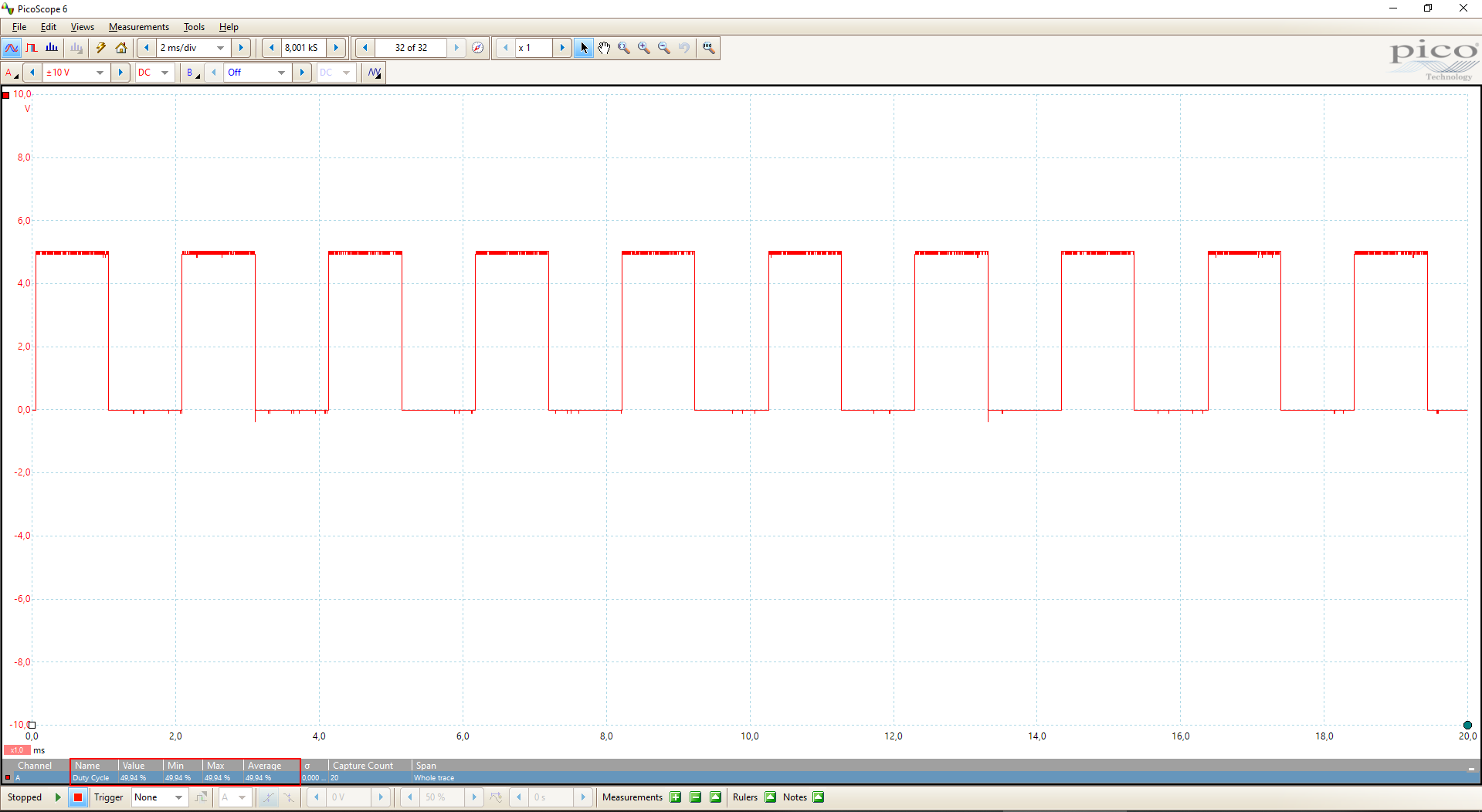 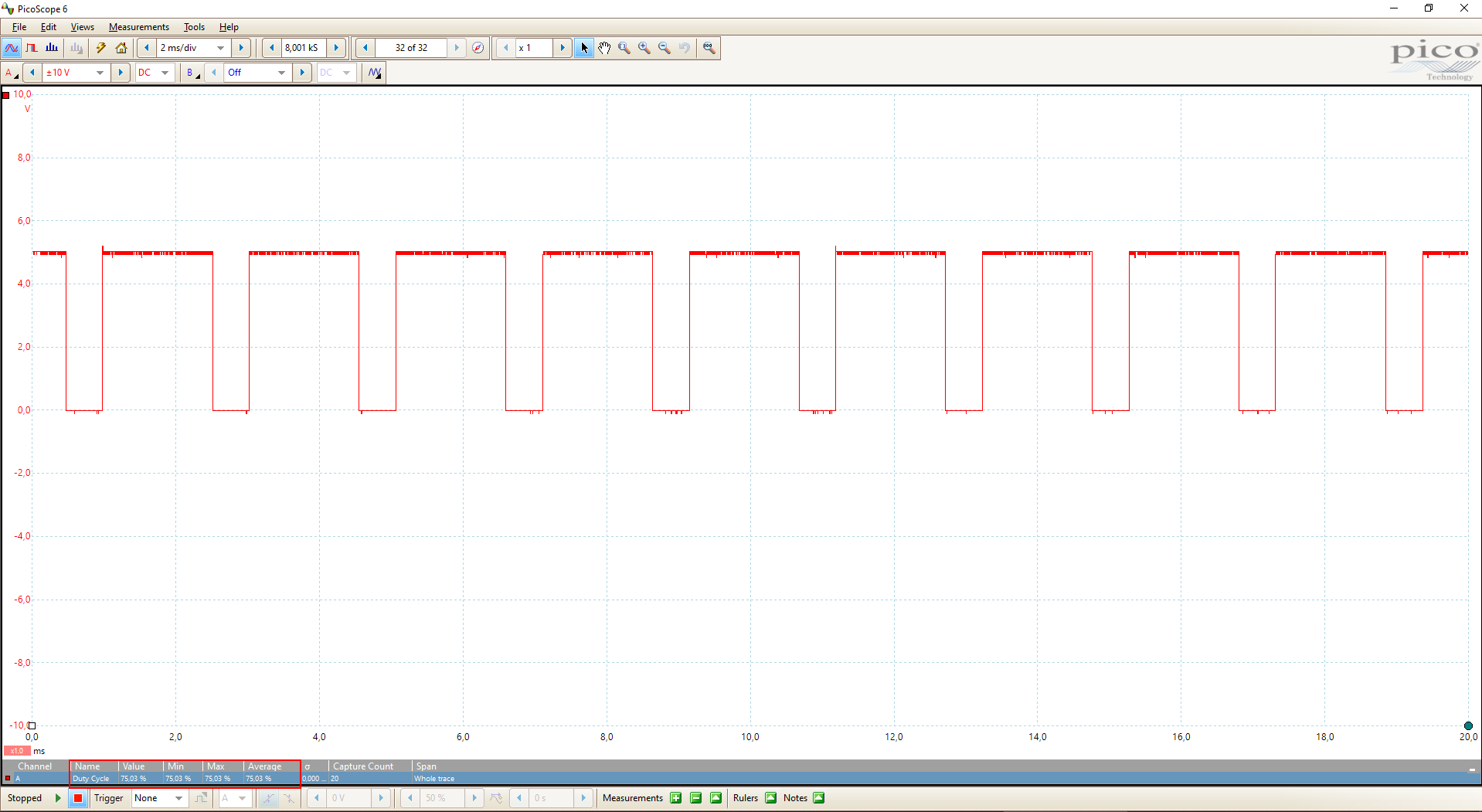 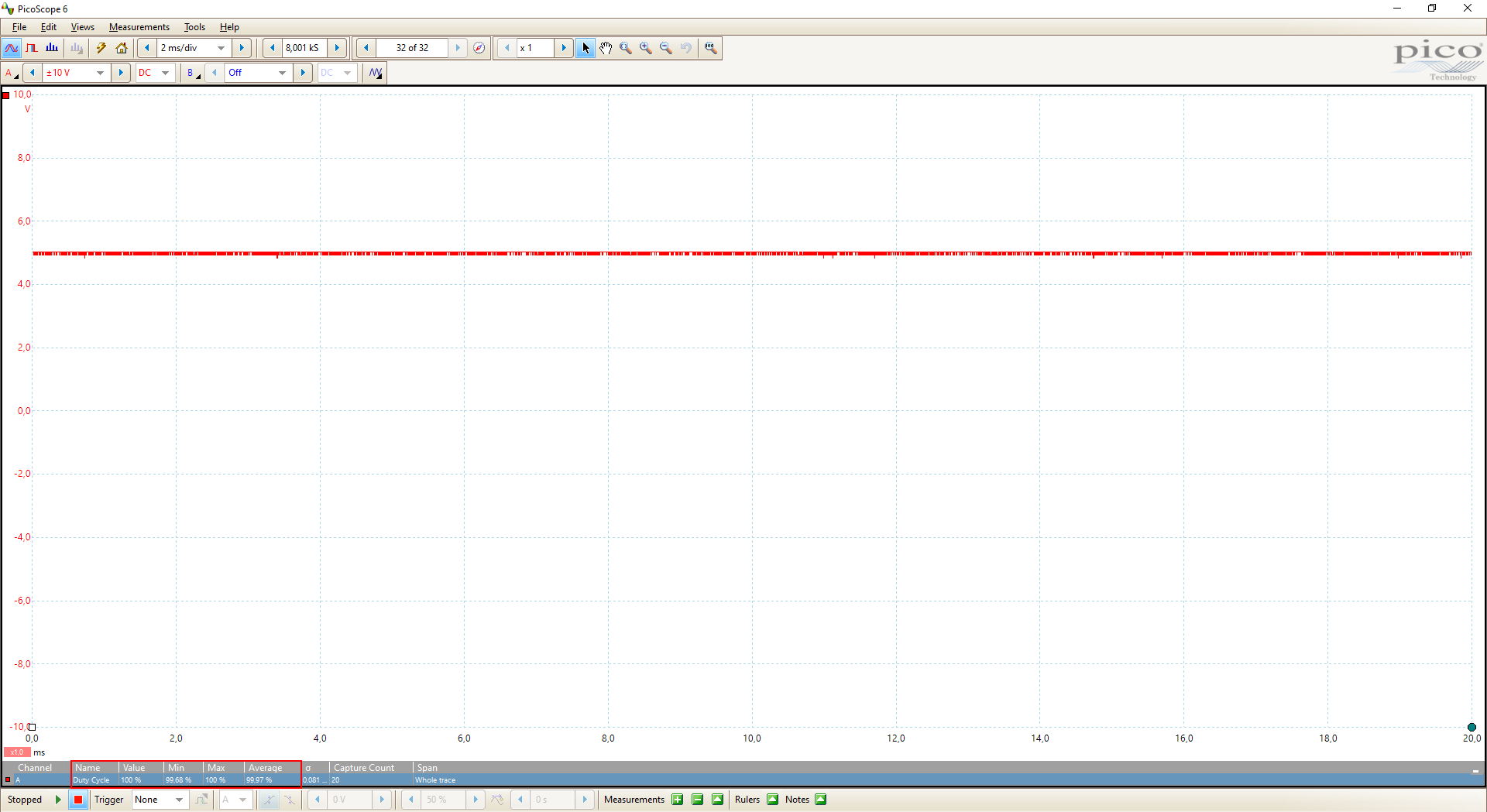 How to Change the Brightness of an LED by PWM

In the following example we want to change the brightness of an LED by changing the duty cycle of the regarding PWM signal.

The following fritzing sketches show the circuit done with different Arduino, ESP8266 and ESP32 microcontroller boards. We have to make sure that the LED is connected to a microcontroller pin that is PWM able.

I recommend to get the Microcontroller Datasheet eBook where you can find the pinouts of the different microcontroller boards, that include the information which pins are able to use PWM. You get the eBook for free if you join the DIYI0T newsletter.

Wiring between LED and Arduino Microcontroller for PWM

The following pictures show the wiring between different Arduino boards, the LED that brightness we want to control and a 220Ω resistor to prevent the LED from too high voltages.

For this example I use the digital pin 11 that is able to create PWM signals but you can use any other PWM able pin as well.

Wiring between LED and ESP8266 Microcontroller for PWM

The following pictures show the connection between different ESP8266 boards like the ESP8266 NodeMCU or the ESP8266 WeMos D1 Mini and the LED as well as the 220Ω resistor.

We need a resistor in series to the LED to prevent the LED for too high voltages.

Wiring between LED and ESP32 Microcontroller for PWM

The following picture shows the wiring between the ESP32 ESP-WROOM-32 microcontroller board, the LED and the 220Ω resistance to prevent the LED for too high voltages.

Because any digital I/O pin of the ESP32 is able to create PWM signals, you can choose any other digital pin but make sure to change the program script. In my case, I connect pin 4 of the ESP32 to the LED.

Program Code to Change the Brightness of an LED by PWM

The program code is pretty straight forward. We have to define the pins and some variables for the time and the height to increment the brightness of the LED. If you want to know how to change the color for multicolor LEDs, using different PWM signals, you find this in my LED tutorial.

In the first part of the Arduino code, we define the pin that connects the LED to the microcontroller. Because this script is for Arduino, ESP32 and ESP8266 microcontrollers, you have to comment out two of the first three lines that defines the pin.

Also we have to define three additional variables:

In the setup function, we fine the pin, that we defines as LED pin at the beginning of the script, as output pin to use the pin with PWM.

We start the loop function, with the analogWrite(pin, value) function we set the analog value (PWM wave) for the brightness to the LED pin. After the delay of 0.1 seconds, the brightness in incremented. If the brightness reaches the minimum (0) or maximum (255) value, the increment is changed from a positive value to a negative value.

The following video shows the change of the brightness of the LED due to the PWM function.

How to Control the Speed of a DC Motor by PWM

The second example shows how we can change the speed of an DC motor with the help of a PWM signal. We use the L298N motor driver module to connect the Arduino, ESP8266 or ESP32 to the DC motor. It is also recommend to power the DC motor with an external power supply. Therefore I use 4 AA batteries, each with 1.5V so in total 6V.

I want to focus on the PWM signal in this example. Therefore I do not further describe the DC motor example. But if you are interested in DC motors, I will write an extra article about DC motors, that explains everything in detail.

Wiring between DC Motor and Arduino Microcontroller for PWM

The following pictures show the connections for the speed control of a DC motor via PWM signal from the Arduino microcontroller. The DC motor is connected to the L298N motor driver.

To control the speed and rotation direction of the DC motor, we connect the pins ENA, INT1 and INT2 to the digital pins of the Arduino board.

Wiring between DC Motor and ESP8266 Microcontroller for PWM

The wiring between the ESP8266 board, the power supply, the L298N motor driver and the DC motor is shown in the following picture.

Four AA batteries of a laboratory power supply can be used as power supply for the motor driver. The ESP8266 board is powered from the USB connection and ground is connection to each other.

Wiring between DC Motor and ESP32 Microcontroller for PWM

For the program code we want to increase the motor speed each second. At the start, the voltage provided through the PWM signal is to low to start the motor. This is why it takes some intervals in the for loop until the motor is turning.

In the first part of the script we define the pins that connect the microcontroller to the L298N module, that is connected to the DC motor. In total we have to define 3 pins:

To increase the motor speed, the speed has to be saved to a variable that we call motor_speed and has an initial value of 0.

In the setup function we define all digital pins, that connects the board to the L298N as outputs.

We start the loop function by setting int1 LOW and int2 HIGH. Therefore the DC motor rotates in the forward direction. In the for loop we increase the motor speed each second by 10 between 0 and 250. The motor speed in written as analog output (PWM signal) to the enA connection.

I hope you enjoined this article about the PWM signal. The PWM signal is a very handy tool which is used a lot in practical examples. It is recommended to know how PWM is working. Therefore if you have any further questions, use the comment section below to ask.