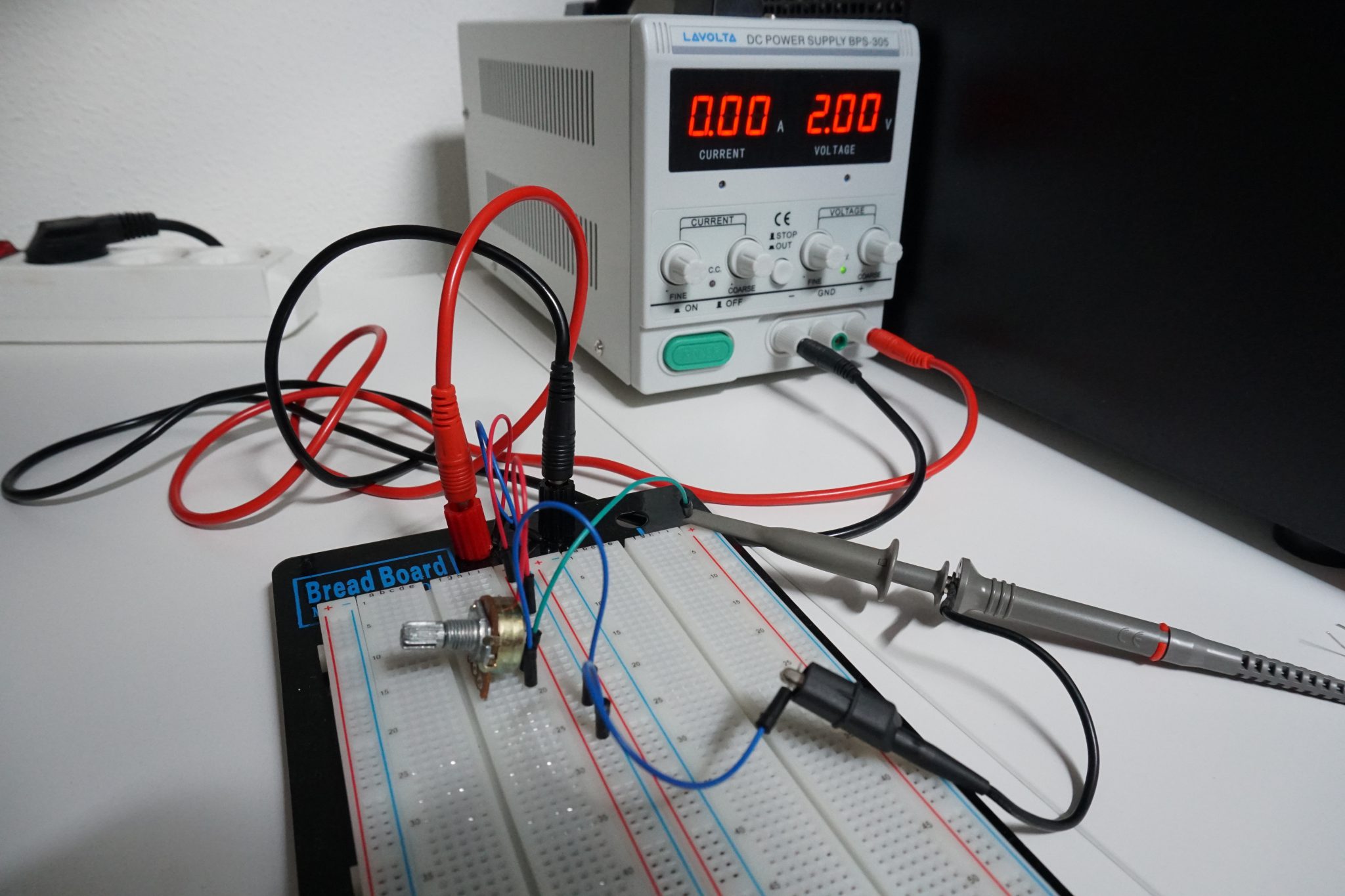 In this article we cover different kinds of resistors like:

Also we will look deeper in the functionality of the voltage divider which gives us a basic understanding how these different kinds of resistors work. 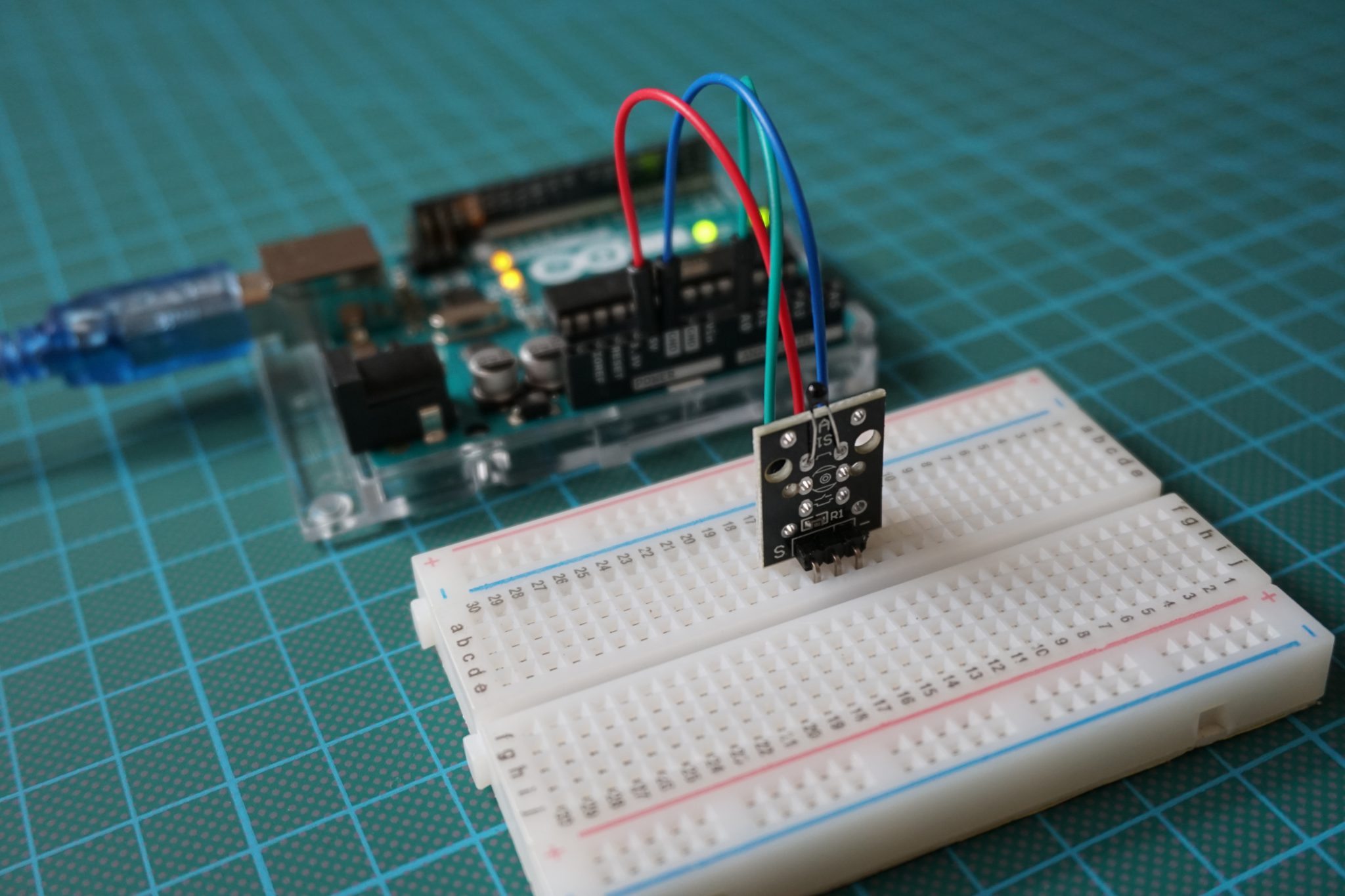 What is a Voltage Divider?

The objective of a voltage divider is to change the output voltage with the combination of 2 resistors.

The equation to calculate the output voltage from a voltage divider is given by: U2 = U* (R2/(R1+R2)). If the objective is to reduce the voltage from U=5V to U2=3.3V than multiple solutions are possible:

So how do we choose the right combination? The solution is that the power to reduce the voltage and therefore the corresponding heat is not the same. The power is defined as P = U^2/(R1+R2). That’s why the combination of 5kΩ and 10kΩ resistors are producing less heat and are the preferable choice.

Keep in mind not to use a voltage divider to reduce the voltage to supply a device or load because you have to remember that an external device will result in a parallel circuit with R2. The following example show the differences in the decision to choose the resistors for the voltage divider.

In the example you could reduce the voltage from 5V to 2.22V with the combination of R1=50Ω and R2=100Ω but your output power with 278.52 mW will likely burn the resistors.

How to Use a Photoresistor with Arduino, ESP8266 and ESP32

The photoresistor, often called light dependent resistor (LDR) or light sensor, is a resistor which
changes his resistance based on the incident light. 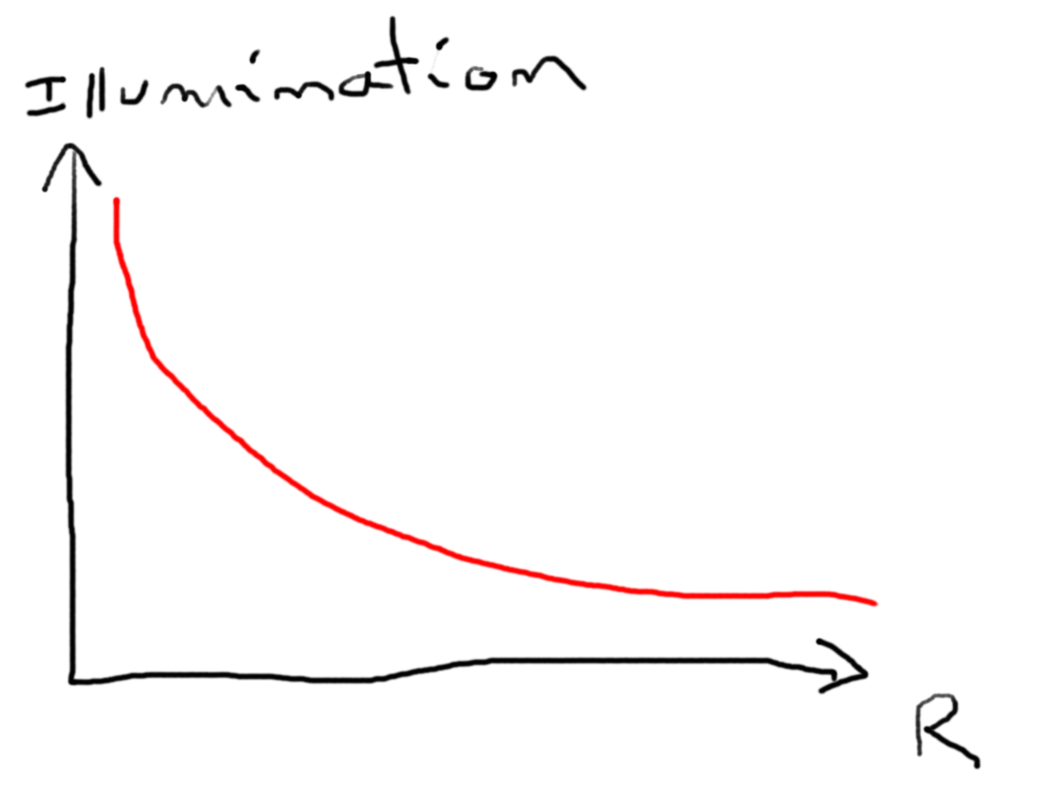 Wiring between Photoresistor and Microcontroller

The following pictures show the wiring between the photoresistor, the resistor and different Arduino, ESP8266 and ESP32 microcontroller boards.

The Arduino script to read the analog light intensity with a photo-resistor, starts by the definition of the connected analog pin. Because the script is written for Arduino, ESP8266 and ESP32 microcontroller, you need only one of the first three lines, depending on the microcontroller you use.

In the setup function we define the baud rate to 9600 that have to match the baud rate of the serial plotter in the Arduino IDE, where we want to visualize the analog value that represents the light intensity.

After the mapping of the analog input, we print the mapped value to the serial plotter and after a short delay of 10ms, the loop function starts all over.

The following video shows how the analog value is changing in the serial plotter of the Arduino IDE, depending on the light intensity that is simulated with a flashlight.

How to Use a Potentiometer with Arduino, ESP8266 and ESP32 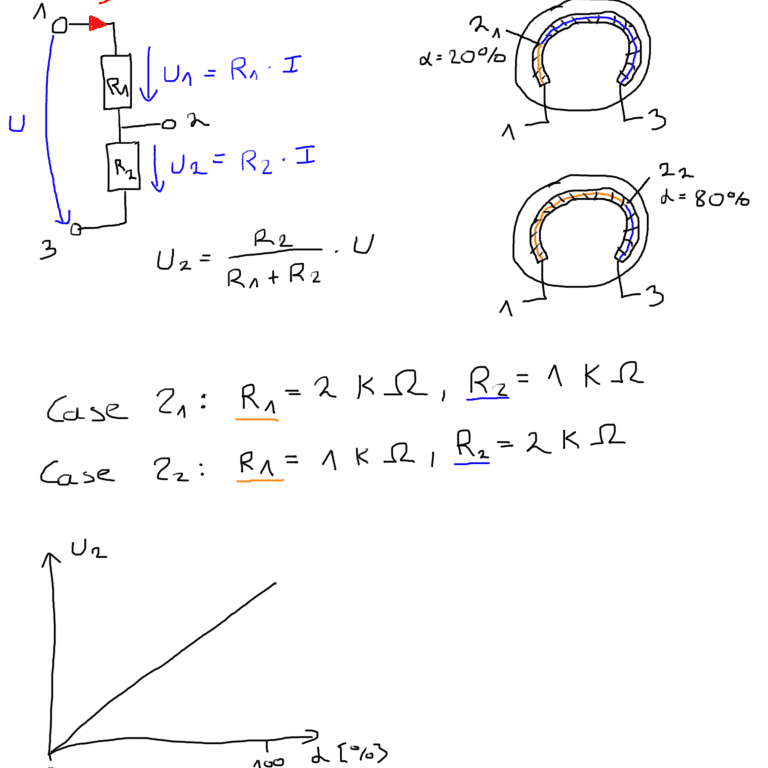 Wiring between Potentiometer and Microcontroller

Visualize the Output Voltage of the Potentiomter 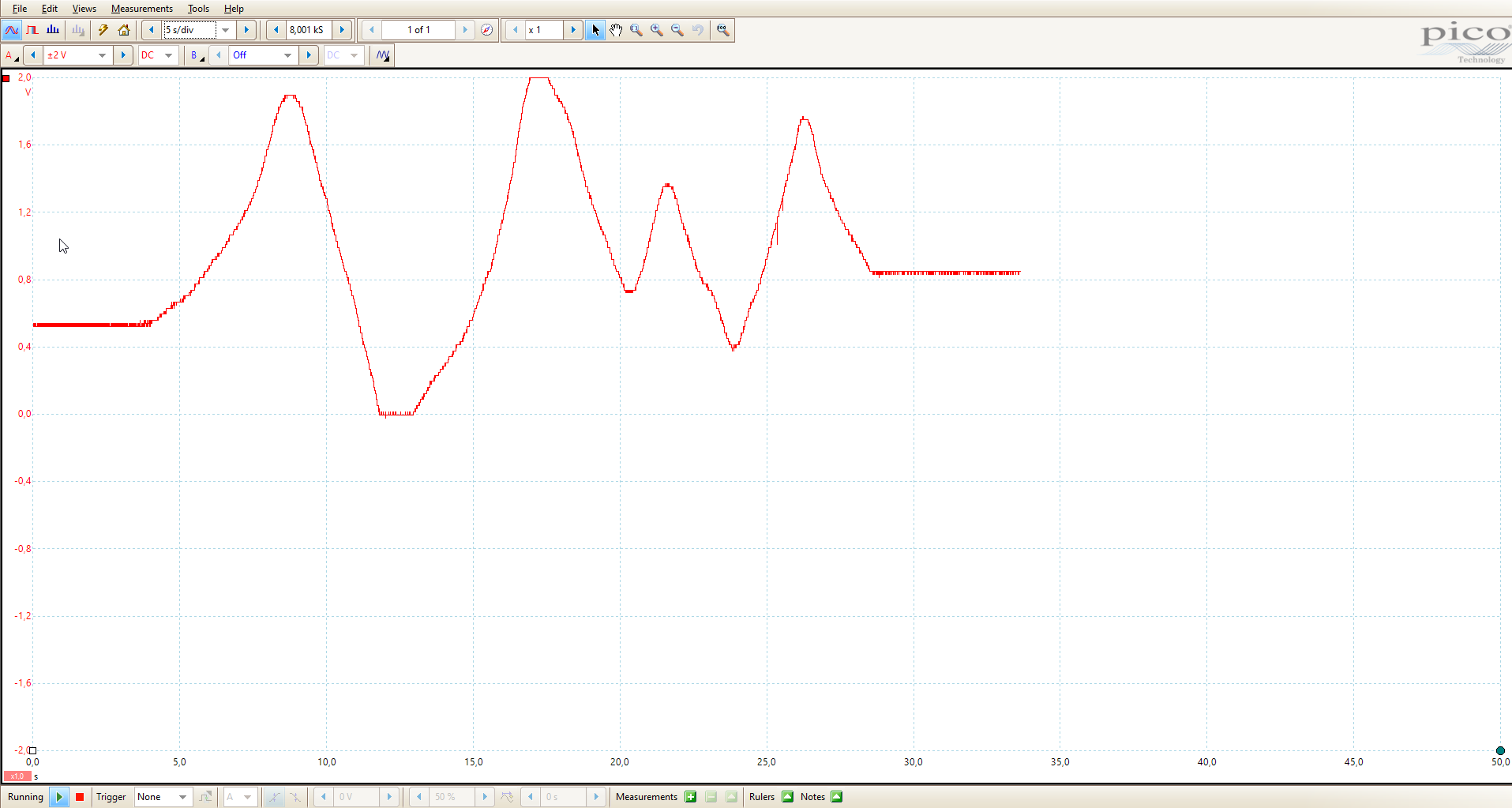 Because only a few readers will have an oscilloscope, you can also use the program code from the potoresistor the measure the output voltage of the potentiometer and visualize the voltage in the serial plotter of the Arduino IDE.

Measure the Resistance of a Potentiometer with a Multimeter 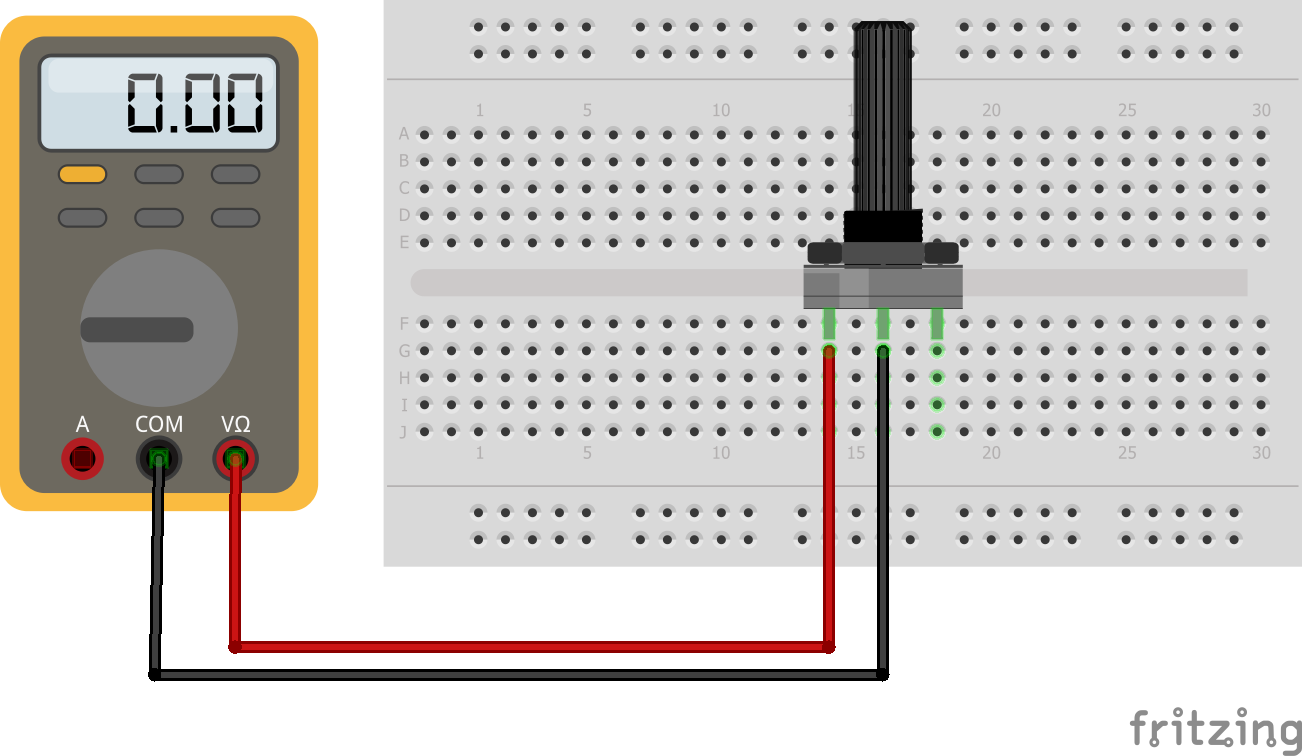 How to Use a Thermistor with Arduino, ESP8266 and ESP32

A thermistor is a resistor which changes the resistance based on the temperature. Thermistors are classified in two groups based on the behavior due to temperature changes:

NTC thermistors are the most common and used in this article.

Wiring between NTC Thermistor and Microcontroller

The following picture shows the wiring between the NTC thermistor and different Arduino, ESP8266 and ESP32 microcontroller. The wiring for an PTC thermistor would be the same.

The circuit is again a voltage divider, which allows us to measure the voltage drop on the thermistor. Because the resistor is directly connected to ground we have a pull-up resistor. This is important for the calculation of the resistance of the thermistor. If you do not know the difference between a pull-down and pull-up resistor, you find here an article explaining the differences in detail.

Code to Show the Temperature with a NTC Thermistor

Also It is possible to calculate the temperature based on the measurements of the thermistor voltage divider. Therefor we use the Steinhart equation. The following sketch code you how to measure the voltage and the temperature with a thermistor.

The first three lines of the program code define the connected analog pin that connects the microcontroller and the thermistor. Depending on your microcontroller, you use one out of the three lines and comment the other ones or delete them.

After the definition of the analog pin, we have to define multiple variables for the Steinhart equation. Also we define the resistance, in my case 10kΩ. The Steinhart coefficients are defined for each thermistor in the datasheet.

In the setup function we only define the baud rate 9600 that has to match the baud rate of the serial monitor or serial plotter of the Arduino IDE.

The loop function stars with reading the analog value that is the output of the voltage divider. After we calculate the resistance of the thermistor, we get the temperature in Kelvin with the Steinhart equation.

Do you have any further questions about resistors, the voltage divider, photoresistors, rotary encoder or thermistors? Use the comment section below to ask your questions.

2 thoughts on “Resistors Tutorial for Arduino, ESP8266 and ESP32”